A Poker Grinder is a rare and wonderful breed of a poker player. If you are wondering how to master this strenuous lifestyle of strategy, look no further.

We have decided to reveal all the best tips and tricks to succeed as a grinder. We have also found success stories to prove that the existence of true poker grinders is far from being an urban myth.

A Poker Grinder is simply a player who plays a low-risk game. Typically they achieve small but frequent wins.

The term is also often used to describe people who play poker to make a living; players who brave “the daily grind”.

Grinding is the opposite of the “high risk, high reward” betting mentality.

Usually, these cautious players stick to low stakes to ensure a steady intake of profit.

Despite the fact that these players are not big risk-takers, it takes a very tight strategy and a lot of luck to make a living as a grinder. Try playing with a Party Poker bonus or the WSOP Promo Code. 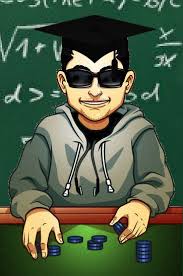 A grinder will typically try their luck at multiple tables simultaneously.

In doing so, they widen their options despite the fact that their stake at each table is lowered.

There is less chance of losing, but winning is automatically less profitable.

Most of the time grinders will choose tables of the same nature and with the same limits.

The problem with this can be that grinders may have a default strategy that they apply to every game, therefore their mistakes are often repetitive.

It’s much more difficult to be spontaneous and reactive while playing several games at a time so this is something every grinder needs to work on.

Most of the time you can’t apply blanket tactics and come away from a little richer.

Nevertheless, it is certainly a low risk, low reward strategy so you need to play a lot of games at a time to make it worth your while.

You, therefore, need a very high level of concentration and an acute ability to digest large amounts of information. Multi-tasking is key.

New to Poker? Check out our beginners’ guide and tips before you move on, or find more articles about online poker.

Since grinding is so intensely time-consuming, high-performance grinders like Caio Pessagno recommend the following lifestyle:

The best way to become a grinder is to follow in the footsteps of the pro’s who have used this low stakes strategy to reap high rewards.

These people can be a source of inspiration and encouragement for aspiring grinders. 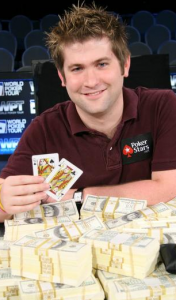 Significantly, he started off his career as a high stakes poker player in 2007 but by 2011 this strategy had proved detrimental to his career.

To get back on track Mr. Griffin re-created himself as a grinder.

In doing so he kept a very firm eye on his bankroll.

He started entering $8-$16 Hold’em or Omaha games and transcribing every hand he played during the day.

From a very volatile and spontaneous player, he became meticulous and precise.

As stated above he admits that tracking each hand is difficult when playing multiple games, particularly due to fatigue.

However, due to this rigorous low-risk strategy, Gavin Griffin has successfully rebuilt his credibility as a poker player.

What do we learn?

Although Micheal Mizrachi doesn’t purely restrict himself to low stakes games, he has earnt himself the nickname “The Grinder”.

This is because he plays an aggressive, persistent and consistent game which has allowed him to pave his way to the top.

Amongst his many successes, Mizrachi won CardPlayer’s Magazine’s Player of the Year Award in 2006.

Unsurprisingly Mizrachi revealed that he used to play chess tournaments as a child which developed his rigorous strategic mind.

The longest he has played is 75 hours on $6 or $12 dollar Limit Hold’em games at The Mirage.

This is a perfect example of steady endurance necessary to succeed.

However, you need to have a lot of mental stability to play for so long without sleep.

Now, The Grinder restricts himself to 10 hours games.

What do we learn?

The documentary is focused on the lifestyle of grinders who have to take small risks every day in order to support their families.

This is not about strategies, this documentary aims to reveal the candid struggle of normal people who play small stakes to cover the bills.

It’s not necessarily a cautionary tale, it’s merely an honest depiction of the risky business of poker.

Visit the site for links to the full-length feature. 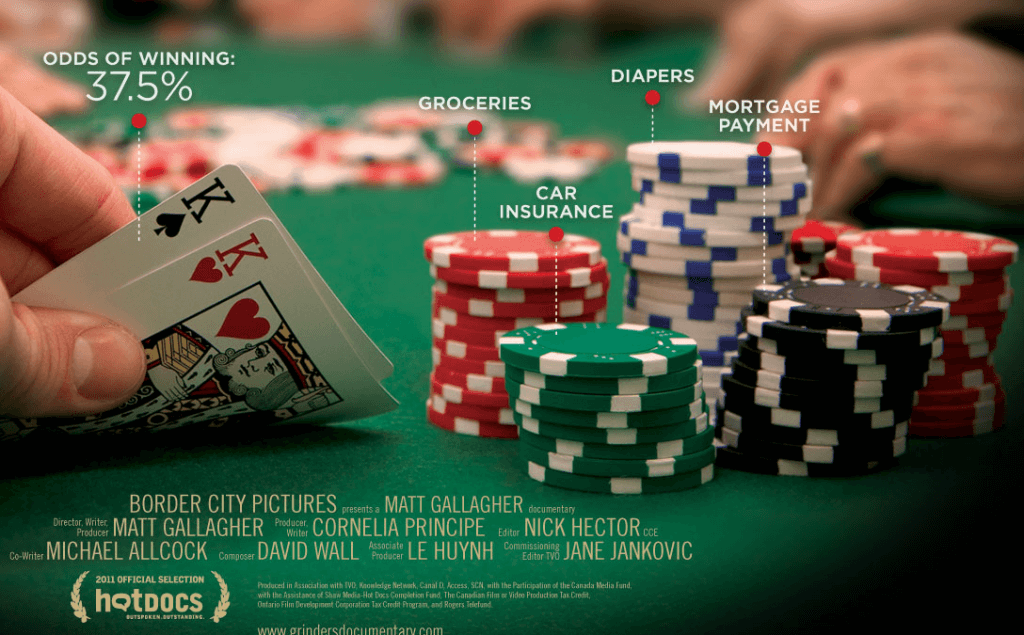 As you might expect, all NJ online casinos were not created equal. So to help you figure out which ones are worth your time and money, we've ranked th...
By Betoclock.com last updated April 28, 2021

Rookie poker mistakes that give you away

We've all seen the cool glamour of poker players in the movies. You probably thought: well what's so hard about sitting back, sipping a drink, locking...

Lately, poker sites US have been getting much more attention and with that, the number of players is growing. Is it because of promotions, types o...