What makes the best horse racing tracks? Is it the prestigious grounds with a perfect track, or is it the rich history and world-class events held there Naturally, the USA is home to some of the most esteemed racecourses in the world. If you’re looking to bet on horses, check out these tracks.

The United States hosts over 25 distinguished horse races throughout the year on some of the greatest, historic tracks. Looking for the ultimate horse racing experience? All of the best horse racing tracks listed below are a must-see!

Churchill Downs is one of the premier thoroughbred racecourses in the USA. Since it was first opened over 100 years ago the track has hosted the famed Kentucky Derby each year.

The facilities and racetrack spread over 147 acres with the twin spire grandstand becoming a symbol for the famous track and the derby.

The track has also been featured in many popular horse movies such as Dreamer and The Great Race Horse. 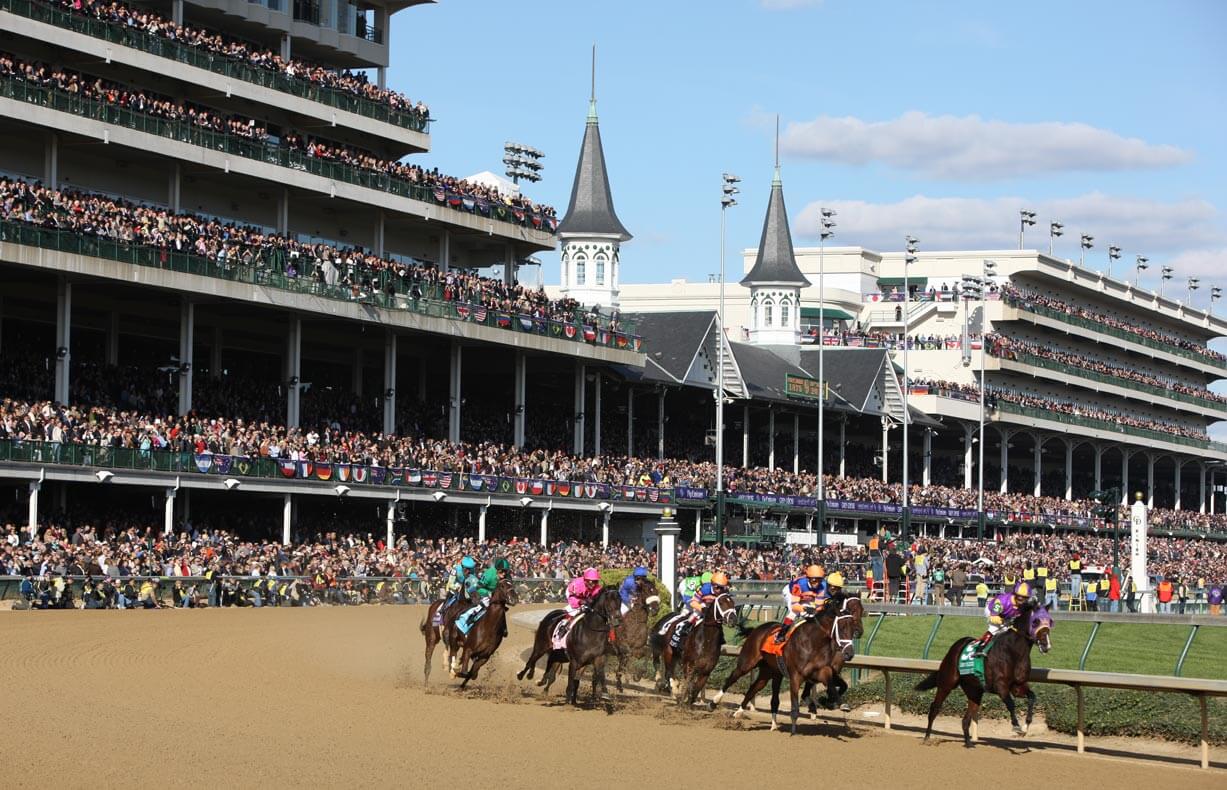 The Santa Anita racecourse in California is home to some of the most prominent racing events in the USA. Truly, the race track and facilities are of the highest quality and boast the beautiful backdrop of the San Gabriel mountains.

In 2006, the track was listed in the National Register of Historic Places due to its use as an ‘Assemble Center’ for Japanese Americans during World War II.

The track is also home to the famous statue of Seabiscuit, who won the 1940 Santa Anita Derby and is considered the most remarkable thoroughbred racehorse in history. 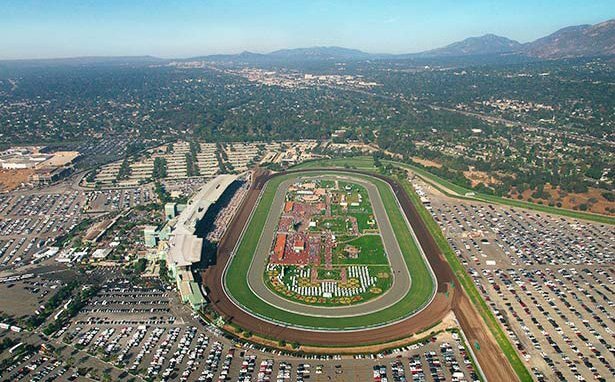 The Pimlico race track is second oldest race track in the USA and is home to the prestigious $1 million Preakness Stakes race, the second leg of the Triple Crown.

The track is nicknamed ‘Old Hilltop’ due to a small rise in the infield where thoroughbred trainers and spectators can gather together before races. 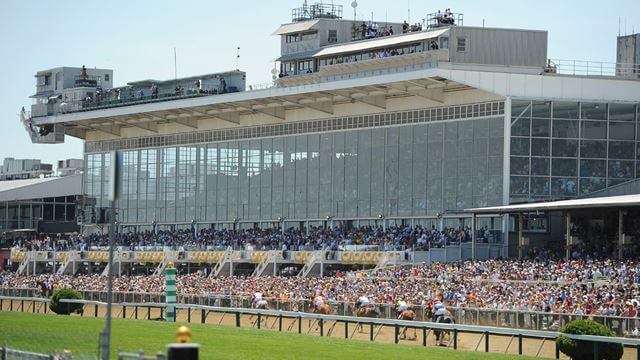 One of the most popular racecourses in the United States, Belmont Park race track is the home of the final leg of horse racing’s Triple Crown – the Belmont Stakes also known as the ‘Test of the Champion’.

The track features over 60 stakes worth $18.55 million each year and is definitely one of the best race tracks to visit. 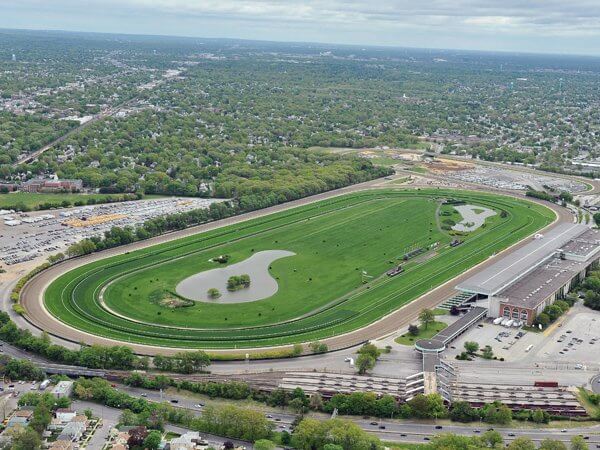 After a fire destroyed this magnificent race track in 1985, the track and premises were rebuilt. The aim was to become the most beautiful track in America. As you can see, it certainly lives up to this reputation.

The park features incredible landscaping and a six-story grandstand which offers the ultimate setting to experience thoroughbred racing.

Furthermore, each year the track holds the Arlington Million which attracts racing fans far and wide. 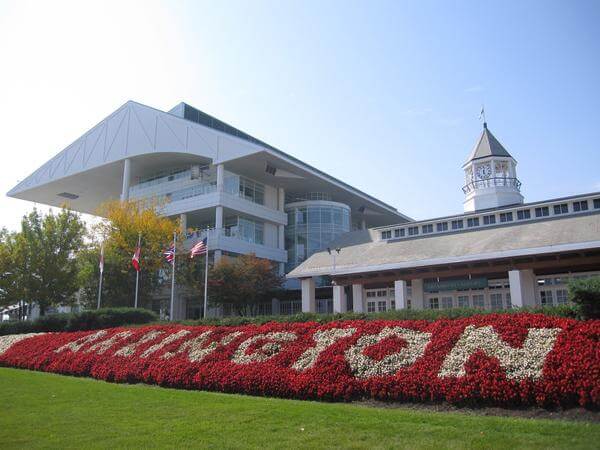 This historic race track is one of the oldest existing racecourses in America. Placed on the U.S National Register of Historic Places in 1979 and 1988, the track hosted some of the greatest horse racing events until 2001.

The park is also famous for its flocks of flamingos. Likewise, the birds’ prestige resulted in the opening of a flamingo sanctuary on the grounds.

Today, the park only runs quarter horse races. However, it’s still one of the most significant horse racing tracks in equestrian history. 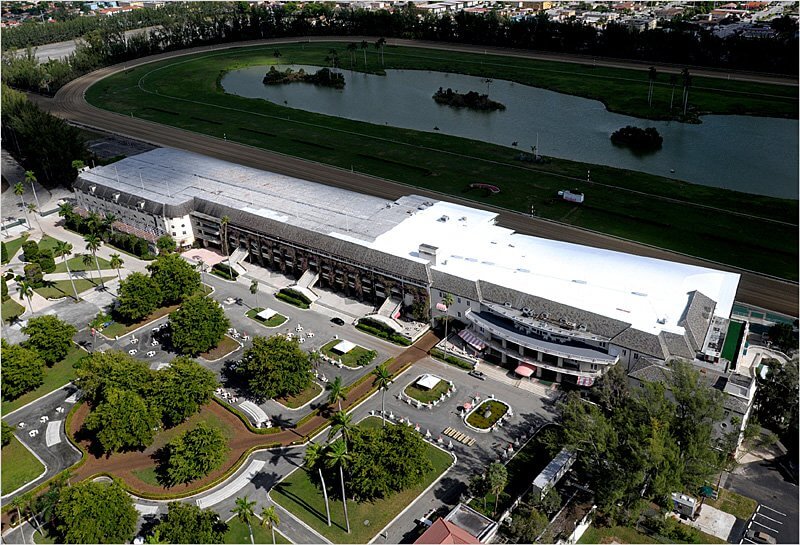 This thoroughbred horse racing track describes its ground as “where turf meets surf’. Of course, this is due to its dirt tracks located so close to the ocean.

The track was opened in the 1940s by Bing Crosby. It is most notably famous for the ‘Pacific Classic’ race. This race set a record in 1991 for it’s $1 million prize fund. Of course, today, purses have grown past the million-dollar mark.

Del Mar hosted the Breeders’ Cup for the first time in the fall of 2017. 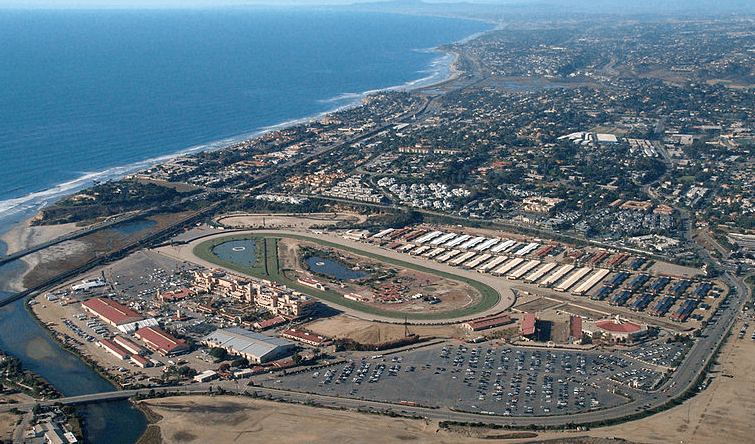 Want to learn more about horse racing events? Why not check out our calendar of unmissable races this year!

The Kansas City beat San Francisco to win the Super Bowl! A tight game lead to a very exciting game from a sports bettor's perspective. Looking to ...
By Betoclock.com last updated July 8, 2020

The Breeders Cup in one of the most well-known and widely respected dates on the horse racing calendar. Breeders' Cup 2021 will take place N...

Unfortunately, due to the escalating COVID-19 virus, the Grand National Race in 2020 has been canceled. View this horse racing calendar to see upco...

Considering betting with AmWager? If you are online horse betting enthusiasts and you wish to learn more about the AmWager promo code, you are right w...

It is no easy feat to dominate the horse racing circuit for so many years. It is even harder to do it with style. Check all the Breeders' Cup entries ...

We’re seeing lots of legal changes in the world of Michigan horse racing. We’ve got the information you need to start betting on horses in Michiga...

Although online horse racing betting is not legal, betting on horse racing in Missouri at the racetracks is. But there is a tiny little problem: there...