The biggest poker tournaments attract the biggest players from all over the world. Top tournaments are world-renowned events complete with TV coverage and extravagant cash prizes. Often, winners go away with millions.

Here are the biggest poker tournaments in the US and around the world. 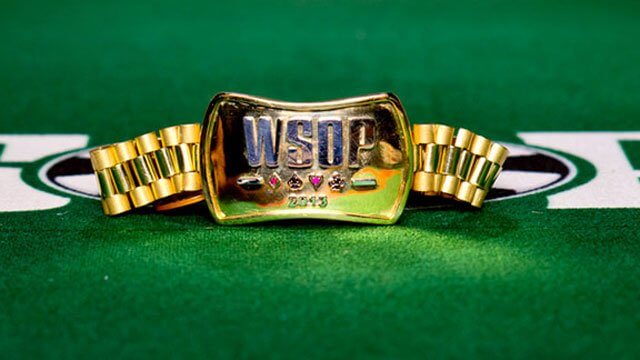 This is the largest and most prestigious series of tournaments in the world is the World Series of Poker. These days, WSOP also offers great online poker.

The tournament has been held in Las Vegas every year since the 1970s. Likewise, the US gambling capital hosts a great number of events. In 2014, a grand total of 65 were held.

The highlight of the entire contest is the “main event”, a $10,000 buy-in no-limit Texas Hold’em tournament. Naturally, the winner of this particular game is crowned the best player in the world.

The infamous tournament bracelet, awarded to the overall winner, is the most important prize out there. However, beyond the game itself, this tournament is also a global meeting point for the entire industry.

Las Vegas is even more vibrant than usual and packed with card sharks. It all started with a small gathering organized by Benny Banion in 1970 but since then, the event has grown continuously throughout the years.

Visit this Poker News article to read about WSOP.

If you don’t want to join a big tournament but play poker for fun (and real money), sign up with a Party Poker bonus code and start today. 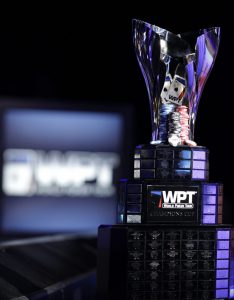 The WPT is a whole season of groundbreaking poker tournaments that started in 2002. This really is one of the biggest series of tournaments in existence.

Events are held in the US and around the globe. The matches are all televised so that remote viewers can keep up with the progress throughout the season. Each WPT season ends with a climactic event: WPT Championships

Indeed, this momentous tour culminates with a $25,000 buy-in championship. Another major tour events include the LA Poker Classics and the Five Diamond World Poker Classics.

These also happen on an annual basis. 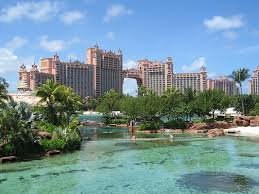 This tournament has been passed around the world tours since its creation 2004.

It was initially sponsored by the WPT, then the European Poker Tour and finally the North American Poker Tour. Regardless of this back and forth, it continues one of the biggest events in the world.

For an exotic twist, it is held on Atlantis Paradise Island.

Sadly, this big tournament is no longer held on a cruise ship but it still takes place in a sunny destination. Top High Roller Winners include Steve O’Dwyer who took $1,872,580 with him in 2012.

2014 was a great year for Vanessa Selbst who finished third in both high Roller events. She finished the contest with a whopping $1,368,190 in the bank.

The WCOOP is the biggest online tournament on the planet. 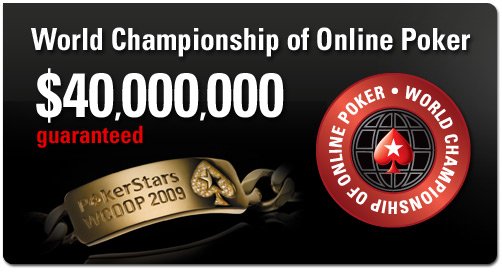 In 2015, online poker has become a booming industry.

Even the world’s most famous players participate in games on platforms like Winnamax. The WCOOP is actually sponsored by Stars Casino and takes place on their site every year in September. It was created in 2002 with the ambition to build a digital equivalent to the World Series of Poker.

Of course, this is a less conventional event. However, it is still notorious in the industry. Naturally, winners are also awarded cash and bracelets.

That said, this event lacks the buzzing atmosphere of a live event. However, it is far more conveniently located. 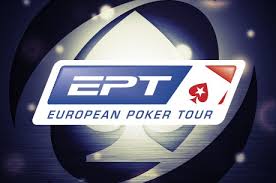 The EPT is another world-class contest sponsored by Stars Casino. This is definitely one of the biggest tournaments in the world. What’s more, around 974 million people watch this season on TV.

Without a doubt, it is Europe’s richest series.

These individual tournaments happen across Europe, all year around.

If you can’t wait a whole year for the next tournament near you, we recommend the following online poker sites which offer daily tournaments, SNG tables, poker schools and more.

Knowing how to calculate bets can be a useful skill to have in sports betting. Indeed, with our betting odds calculator, you can remove some of the...
By Betoclock.com last updated April 28, 2021

It's easy to identify poker-newbies when they can't keep up the pace with the conversation. Don't be that person! Whether you already play po...