Every amazing hero needs an equally amazing villain. The best evil characters are those that bring something different, original and exciting to the story.

But, what do The Joker, Two-Face and Chance have in common? Beyond being classic comic book super-villains, all are obsessed with gambling.

We’ve combed through all the different ages and parallel universes to find out that many evil characters from DC Comics and Marvel share some connection to gambling or luck.

Perhaps because it embodies the uncertainty and changing nature that is opposed to the consistency and reliability of superheroes. Much like real gambling, virtual sports betting is dynamic and changing too!

On the other hand, it could have emerged from stereotypes about casinos from the times comic books first came into wide circulation.

Either way, they have left a lasting legacy of thrilling stories and colorful characters of which we have selected the top comic book gamblers that everybody loves to hate.

If you want to know all about our favorite comic book villains who love gambling, keep reading. 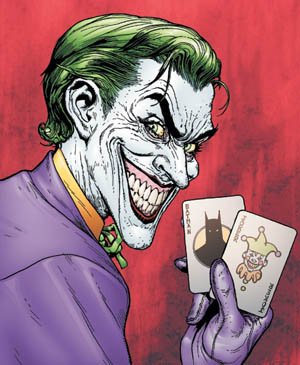 He is another popular enemy of Batman, in fact he was the first super-villain that our superhero/vigilante encountered in the first comic book of Batman (1940) published by DC Comics.

And even though he isn’t that into gambling, he stole his name from the joker playing card because he looked like it after being disfigured.

The classic Joker commits his crimes with a variety of thematic weapons like a deck of razor-tipped playing cards, a toxic known as the Joker Venom, Jack-in-the-boxes with dangerous surprises, etc.

Two-Face is a fictional super-villain, the enemy of Batman, that appears in comic books published by DC Comics. His alter ego is popular District Attorney of Gotham, Harvey Dent, who has always had a passion for betting.

Even though there are many different versions of how Dent gets his left side hideously scarred, he then adopts the character of Two-Face and becomes a criminal who bases his evil acts on the outcome of a coin flip.

In this video clip of the popular film directed by Christopher Nolan, The Dark Knight (2008), we can see Two-Face deciding the fates of Batman, Jim Gordon and his son using his famous coin.

Oswald “Penguin” Cobblepot is the most persistent enemy of Batman, he is a mobster and a thief, from the DC Comics world, who runs a casino and nightclub “The Iceberg Casino” that is very popular with the underworld of Gotham.

It is a floating “legal” casino and hotel but Penguin never abandons his criminal life, he is always exchanging illegal information and stolen goods, but has this casino to increase deliberately his profits and provide to his fellow criminals a safe place to gamble, drink, and plan their horrible crimes. 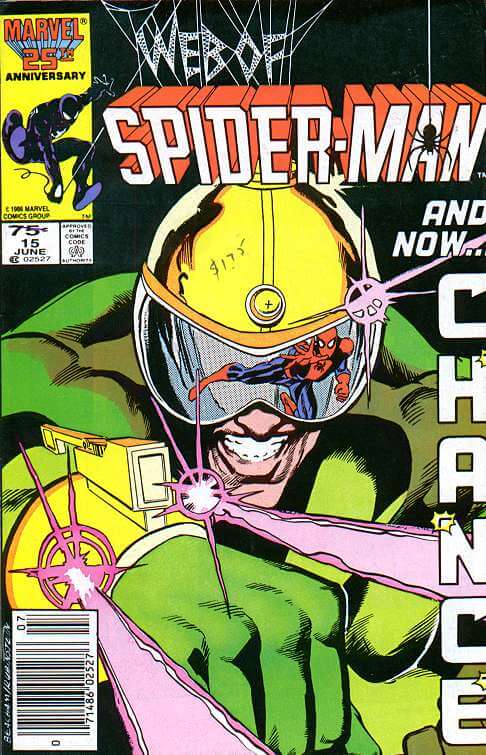 Chance is an enemy of popular superhero Spider-Man; this super-villain had his first appearance in Web of Spider-Man published by Marvel Comics.

His alter ego is Nicholas Powell, a professional gambler and a very wealthy man who got bored of his life and decided to become a criminal-for-hire.

Since he loves gambling so much, he decided that instead of getting easily paid, he would have to complete his mission first in order to receive the payment, however if he was unsuccessful it would mean that he lost the bet, so he would have to pay the people who hired him. Working this way, he felt was the only way to give exciting meaning to his life and made work actually interesting.

He loved and enjoyed the thrill of the risk, leaving everything to chance, that’s why he adopted this particular name.

Amos Fortune is a super-villain obsessed with luck. He discovered the “luck glands”, he said that each humans has them and that they dictate the good or bad luck that will run on each one of us. He learned how to control them in his favor and created the Royal Flush Gang to battle the Justice League.

The Royal Flush Gang is a group of playing card-themed villains in DC Comics, composed by the King, Queen, Jack, Ten and Ace. Professor Amos Fortune became Ace and he was the leader, each villain had each own superpower.

The idea of each character is that together it literally plays a full deck of soldiers, the first Royal Flush Gang was of Clubs, the second of Spades and the third gang expanded to include a group for each suit. 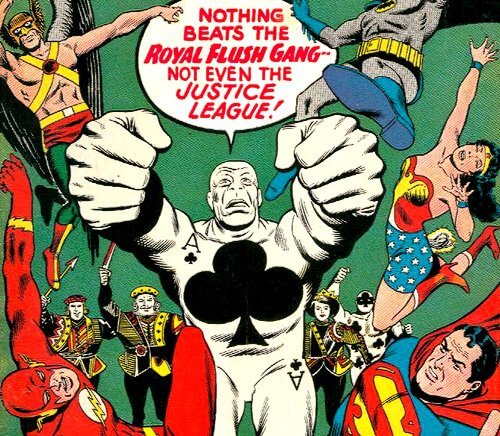 He is a fictional super-villain and an expert gambler in the DC Comics Universe, who first appeared against Green Lantern in 1944. His alter ego is Stephen Sharpe III (the original) and Stephen Sharpe V (successor), he comes from a long line of gamblers. In fact, he adopted this name in memory of his grandfather and he started his evil doing by robbing trains and banks.

He was a master of disguises, extremely skilled with knives and pistols, and soon enough he became a successful criminal.

Once he won a gambling vessel, another time during a horse race he provoked the horses to stampede into the crowds. At one point he went to Las Vegas and lost every penny in the casinos because they were rigged. 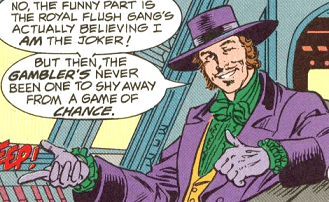 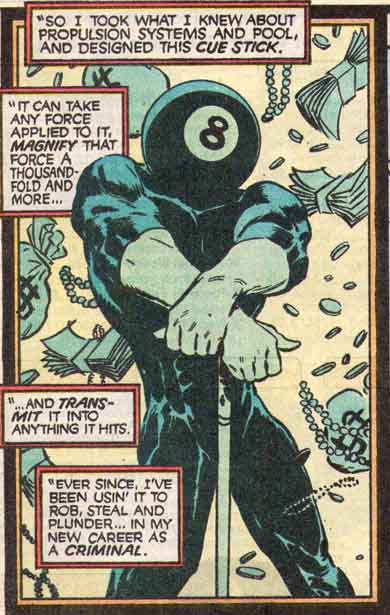 Eightball or 8-Ball is a fictional character in the Marvel Universe, the nemesis of superhero and alien Sleepwalker.

His alter ego is Jeff Hagees, who was a brilliant engineer and inventor of missile propulsion technologies for a defense contractor.

But because of all the horrible stress his work put on his shoulders, he became a gambler and lost thousands in pool games. He got fired from his work and he soon found himself broke, so in order to win back all of his money, he created the 8-Ball villain and organized a criminal group to terrorize New York City.

To make it real, he created special “cue stick” weapons along with his 8-Ball blue costume to pursue his criminal activities in New York. All his master plans revolved around stealing money to gamble and to pay his debts.

Roulette is the name of a super-villainess in the DC Comics Universe. Her alter ego is Veronica Sinclair, she is the owner of a casino, known as “The House”, and is a professional gambler. “The House” is basically an illegal arena for fights between the superheroes that are captured, and the villains place their bets on the outcome.

Many heroes were killed in that arena, typically the loser would be tortured, electrocuted, infected with a deadly virus, drugged, etc.

Roulette is a genius calculating odds and gambling winnings, and at one point she had captured most of the Justice Society. 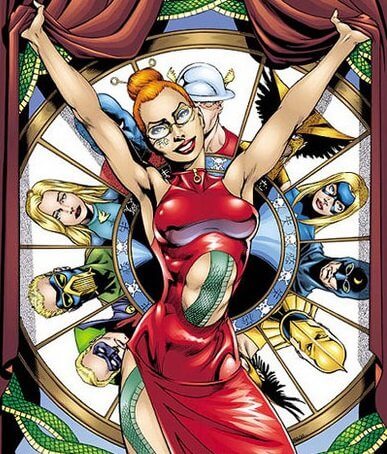 But obviously, not only comic book characters rob a casino or a bank or are obsessed with gambling, you can also find real-life criminals that try to get away with similar evil plans.

If you are also into casino games, check out our best online casino guide and get in on the gambling action.