Fantasy soccer is a great way to add a little extra spice to the season, creating your own team and pitting them against your friends, or total strangers.

Selecting the winning team is not as easy as choosing 11 of the best players in the league. Make the most of our 5 top tips and become a fantasy sports pro:

Sports betting is quickly becoming legal across America. Fantasy was once the only thing to play. StatHero or Monkey Knife Fight would the obvious choice, but now betting in New Jersey and Pennsylvania (soon to include New York as well) is commonplace. Use tools like betting odds calculators to figure out the best bets to place on big events like the Super Bowl or the Olympics.

✯ Find out how to get the Betway Promo Code!

✯ Get a Prophet Promo Code and start peer-to-peer betting!

There are dozens of fantasy soccer rankings websites, each offering their own unique features and points systems. Some also offer cash prizes and giveaways, however, they often require a subscription or initial fee, and you’ll find they have much lower volumes of players.

Here are some of the best sites for your fantasy soccer picks: 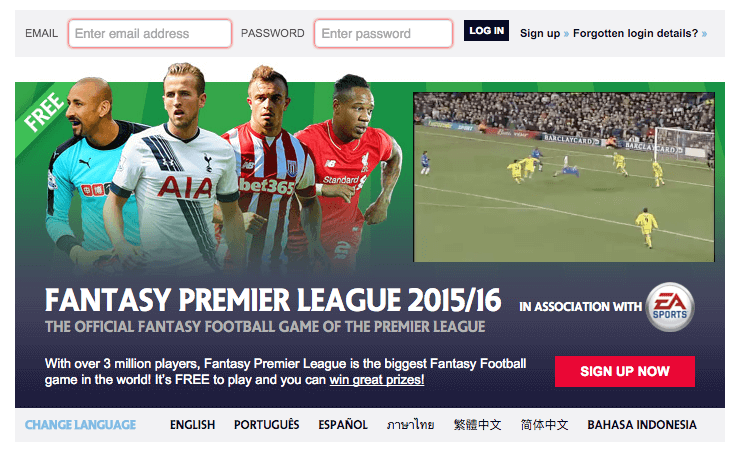 In soccer, it’s always the midfielders and forwards who get the glory. While fans applaud a great save, they go mad for a world-class goal, and it’s those players who garner the most fame.

After all, the biggest names in football are Messi, Ronaldo, and Neymar, not Pique, Ramos and Godin.

When picking your fantasy draft it’s tempting to select 3 or 4 of the cheapest (and worst) defenders, to make sure you have enough cash left over for the big-name strikers. See which European Football teams perform the best on Opening Day.

However, in fantasy soccer defenders can bring in a considerable amount of points per week, and are often more consistent than their more attacking counterparts.

As you can see from the image below, the top 3 defenders in the Fantasy Premier League Dream Team not only bring in a huge amount of points each, but are not far off the likes of Mahrez, Cech, and Vardy.

Don’t neglect them, they’ll make a huge contribution to your fantasy soccer rankings. 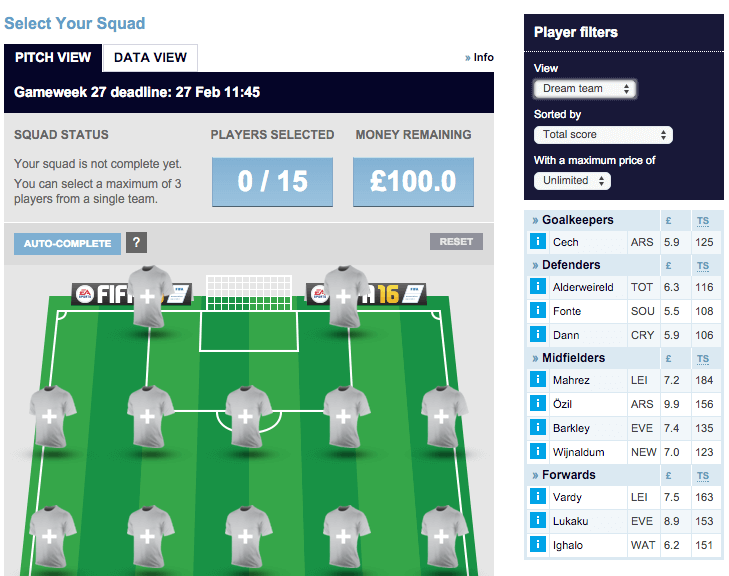 In most fantasy teams, subs don’t gain points when they’re not selected but will be automatically placed in when a first-team player is injured.

A lot of players like their fantasy picks to include 11 of the best players, and the cheapest subs possible, allowing them to maximize the quality in their starting eleven.

While this approach has its merits, it does mean players have to hope that their picks remain injury-free and that they can make transfers every week. Eventually, your luck is likely to run out, and you will be forced to start a player who won’t earn you any points.

Instead, scour the smaller teams for bargain players, like Crystal Palace’s Scott Dann, or Spur’s Eric Dier who will only cost a million more than a no-hoper, but provide superb backup options. 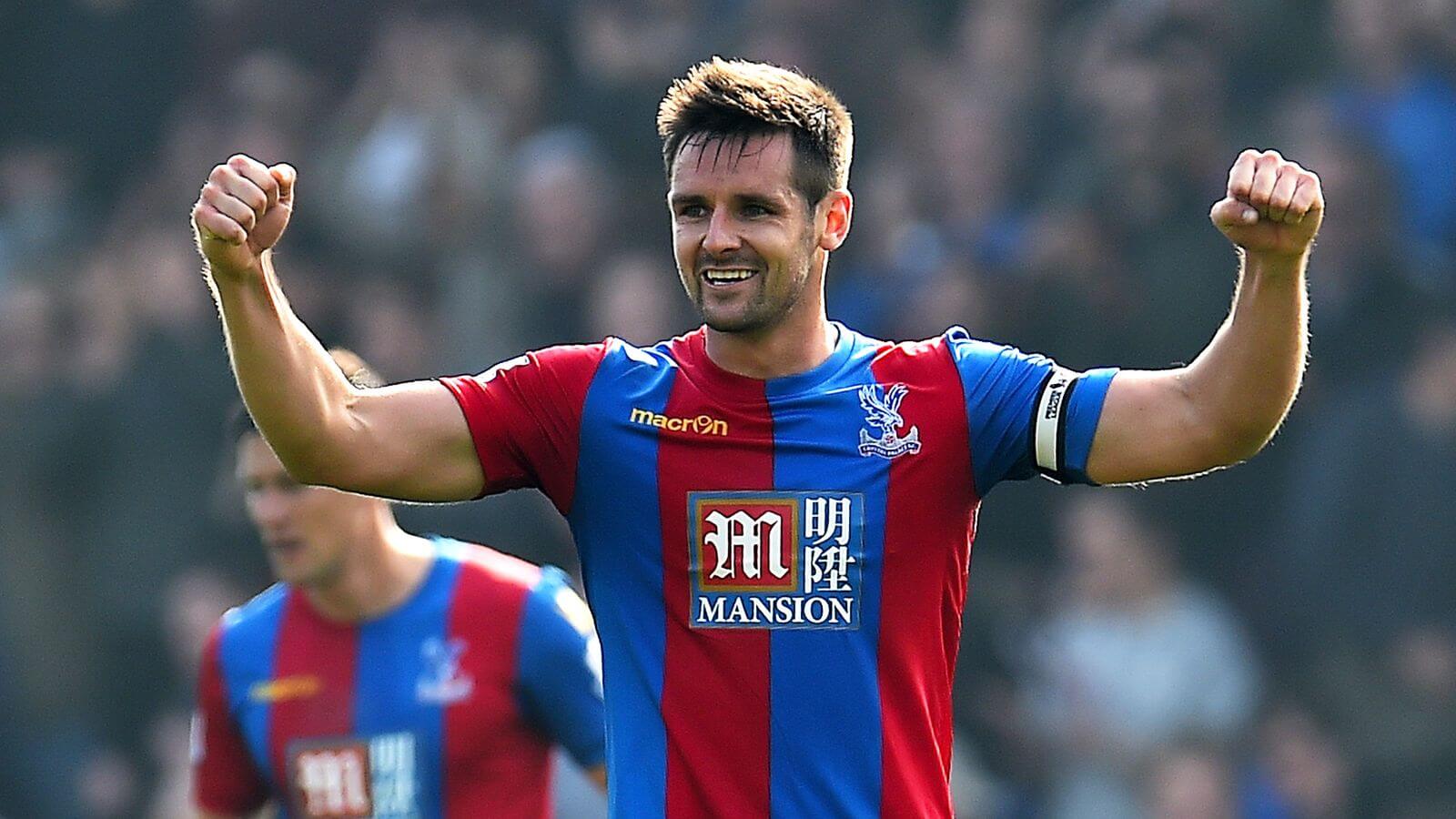 Most fantasy soccer drafts give you the option of 11 starting players, and 4-5 subs, meaning you have roughly 5-6 million to spend on each one, as players are traditionally handed a $100 mil wage budget.

This means that you have two options:

Fantasy players who play any Premier League games will know Jamie Vardy and Harry Kane were around half the price of the likes of Aguero and Costa, yet have contributed far more points this season.

This would also allow players to pick up Ozil, who is one of the more expensive players, in the midfield. 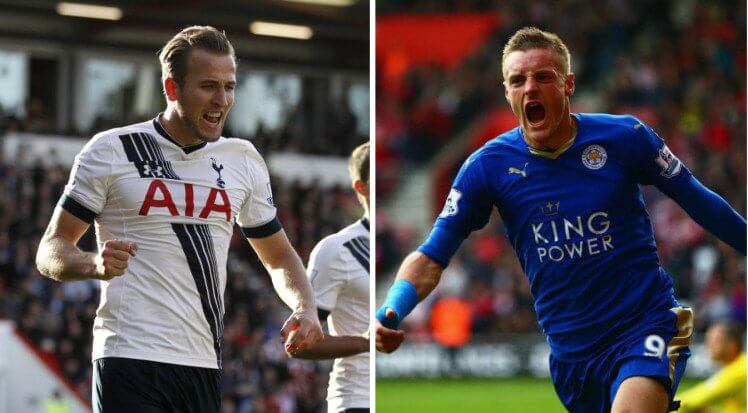 May sound like we’re stating the obvious here, but you will be amazed how many players forget to set up their teams before each round of games and miss out on valuable points.

If your substitutes aren’t in order and a first-team selection is out through injury, you are essentially starting a game with 10 men, and sabotaging your own fantasy rankings.

If you’re playing for more or playing against friends, where pride is at stake, you could even go so far as to set an alarm. After all, it’ll be worth it when you have bragging rights come Sunday afternoon. 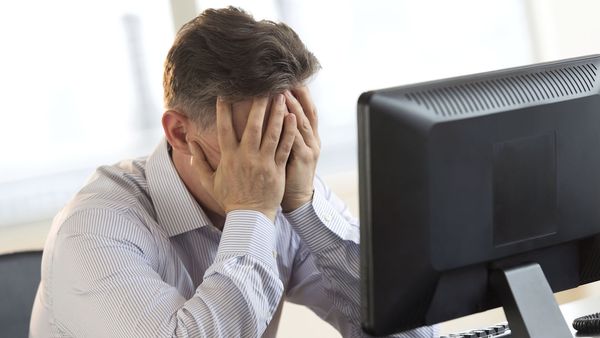 The Kansas City beat San Francisco to win the Super Bowl! A tight game lead to a very exciting game from a sports bettor's perspective. Looking to ...
By Betoclock.com last updated June 30, 2021

On Bet O'clock, we've done the research of the US online casinos and the American gambling industry as a whole. From this guide, you will learn ho...

In 2010, ComeOn Sportsbook entered the sports betting industry in Sweden. It is a large and trusted operator, which has a business in a range of juris...

Casinos offer a variety of games to entice everyone from those dreaming of a jackpot to people simply enjoying a night out. Whether you’re a beg...

With a fantasy sports league, regular fans step into a team manager's shoes by being given the chance to prove once and for all that they have what it...

Boom Sports and XFL have just announced the launch of PlayXFL, a free mobile app that provides you with the chance to win thousands in payouts. With f...

Tradesports Returns to US

Tradesports returning to the U.S. in 2020 is one of the most exciting bits of news for the industry to date. Tradesports provides US bettors with a sp...