Race horses are the only animals in the world who are able to achieve successful athletic careers on the same level as human beings.

Top race horses gain big winnings, medals and worldwide media coverage just like the top jockeys. Of course, their winnings are handed over to their owner for safekeeping but that’s a different story.

We have decided to look back on the legendary stallions (and fillies) who have marked history with their performances.

From the biggest to the richest, here is our expertly curated list of the most legendary race horses of all time. 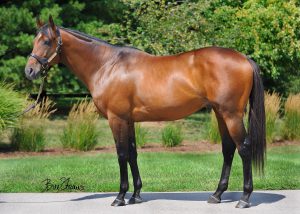 Some of us spend 9 hours a day in an office to build a fortune, Invasor merely ran 12 races but he raised a total sum of $7.8million making him the most profitable horse in the world.

He walked away with the Breeder’s Cup Classic Trophy in 2006 and subsequently won the Dubai World Cup.

This Argentinian beauty was sold to Sheik Hamdan bin Rashid Al Maktoum for $1.4 million in 2005.

During his career, he was used to breeding foals for long-distance racing. With such a legendary reputation and an impressive income, what a father to live up to… 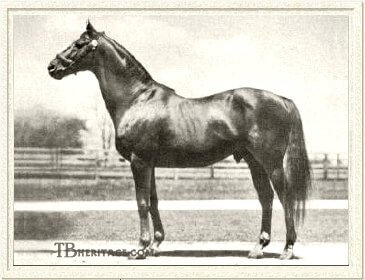 Born in 1917, Man O’War was more than just a horse, he was a national hero who revitalized the flagging horse racing industry.

He set a new standard by winning 20 of 21 races including the Belmont Stakes and the Preakness stakes, making him an inspirational figure for horse breeder’s worldwide.

However, beyond his exceptional records in races, Man O’War had an emotional implication for the public. The beloved “Big Red’ became symbolic of a re-birth in US racing.

Notably, when he died, he was the first horse to be embalmed and laid in an open casket. Thousands of grief-stricken supporters drove to the farm where his body was kept to pat the horse and pay their final respects.

The photos of the funeral show an extraordinary national connection with this animal.

His breeder, August Belmont II, also went down in history.

His name is heard every year around the third stage of the US Triple crown as the Belmont Stakes was named after this illustrious trainer’s father. 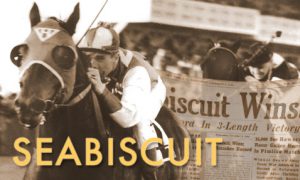 Sea Biscuit was one of Man O’War’s sons so it is no surprise that his name has also been immortalized.

Sea Biscuit’s story was made into an academy award-nominated film was because his success story was anything but smooth.

The beginning of his career was tragically unsuccessful but after a series of unceremonious losses, he was handed over to trainer Tom Smith who pulled him up to scratch.

He was paired up with Jockey Red Pollard and propelled into success through unconventional training methods.

As the film illustrates, a few years after Seabiscuit had become established as a front runner, he suffered a terrible injury and many said that he would never compete again.

However, both Jockey and horse recovered together and returned to the tracks at La Jolla Handicap.

Sea biscuit became the subject of a famous film because we all love to see an outsider rise from zero to hero.

As a US Triple Crown winner and the winner of 16 consecutive major stakes, Citation was known for being a legendary record-breaker.

Most notably he was the very first horse to raise $1 million. This triumph can partially be attributed to inflation which naturally increased the purse of every race, but beyond those factors, this horse certainly had a rare talent.

He had the longest career of any horse and a fruitful one at that.

In the highly reputable list of the top horses of the 20th century put together by Blood Horse magazine, Citation ranked 3rd behind Man O’War and Secretariat.

John Henry had a miraculous career. Despite his slightly tempestuous character, he was the first and only horse to win the Arlington Million twice thus making him a multi-million dollar horse. Like Sea Biscuit, his career had a faulty start but everything was redeemed once he was sold to Sam Rubin who saw the potential in him and made sure he got adequate training.

Other than his hefty fortune, John Henry broke a series of records that left the nation in awe: 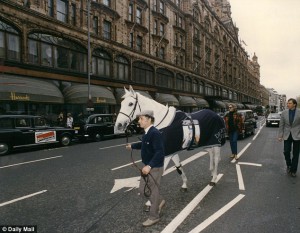 This Grey Brit gained notable success as a steeplechase racer.

Like Man’O War the British public fondly called him Dessie and he was a national legend during his time.

His fans included the Queen Mother who met him after he won the Cheltenham Gold Cup in 1989.

He was also a truly public figure who was seen parading in the streets of London in front of Harrods to promote “The Grey Horse”, his biography.

The first lines of his obituary on BBC website read “Desert Orchid, or simply “Dessie” to his millions of fans, created history by becoming the only horse to win the King George VI Chase four times“. Ain’t that something? Read the full tribute here.

The 533kg Secretariat was a very imposing horse with an even bigger reputation. He was the first horse to win all three steps of the US Triple Crown in record time.

He also picked up big wins at the Arlington Millions.

Beyond that, his red coat and large size tugged at the public’s heartstrings because they were all reminded of the good old Man O’War. For this reason, he is often listed as the second most influential horse in US history.

He didn’t escape the Hollywood limelight either, in 2010 Disney released a film about his life and he also has his own dedicated website.

The Most Famous Race Filly- Ruffian 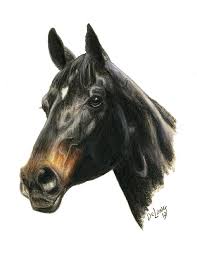 Ruffian has another unlikely success story. She started off her career with a reputation for laziness.

The public called her a fat yearling and a freak but their early judgments were soon made entirely redundant.

After a string of successes at prominent grade 1 stakes like the acorn stakes and the Coaching Club American Oaks, she earned a new nickname: the Queen of Fillies.

However, unfortunately, her career was short-lived. She was awarded the Eclipse Award for outstanding 2-year-old Fillies but she never raced as an older horse.

At her 11th race, she tore her ligaments and sustained a severe injury. Although she was attended to by a team of expert vets, there was nothing to be done to cure her and she was euthanized shortly after.

She goes down in history as a legendary queen who met a tragic end. 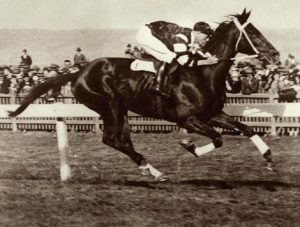 This imposing New Zealand-bred animal caused a sensation in Australia. He was perhaps even heavier than Secretariat as his heart alone weighed 13.7 pounds.

Phar Lap is Thai for lightening and he didn’t fail to live up to his name, winning 37 out of 51 races. However, he was only able to compete for 4 years as he died quite suddenly at a young age.

There is an aura of mystery around his death which strongly contributes to his legendary reputation. Conspiracy theorists speculate that he was poisoned by U.S gangsters who controlled many illegal bookmakers and felt threatened by the skill of his powerful racehorse. 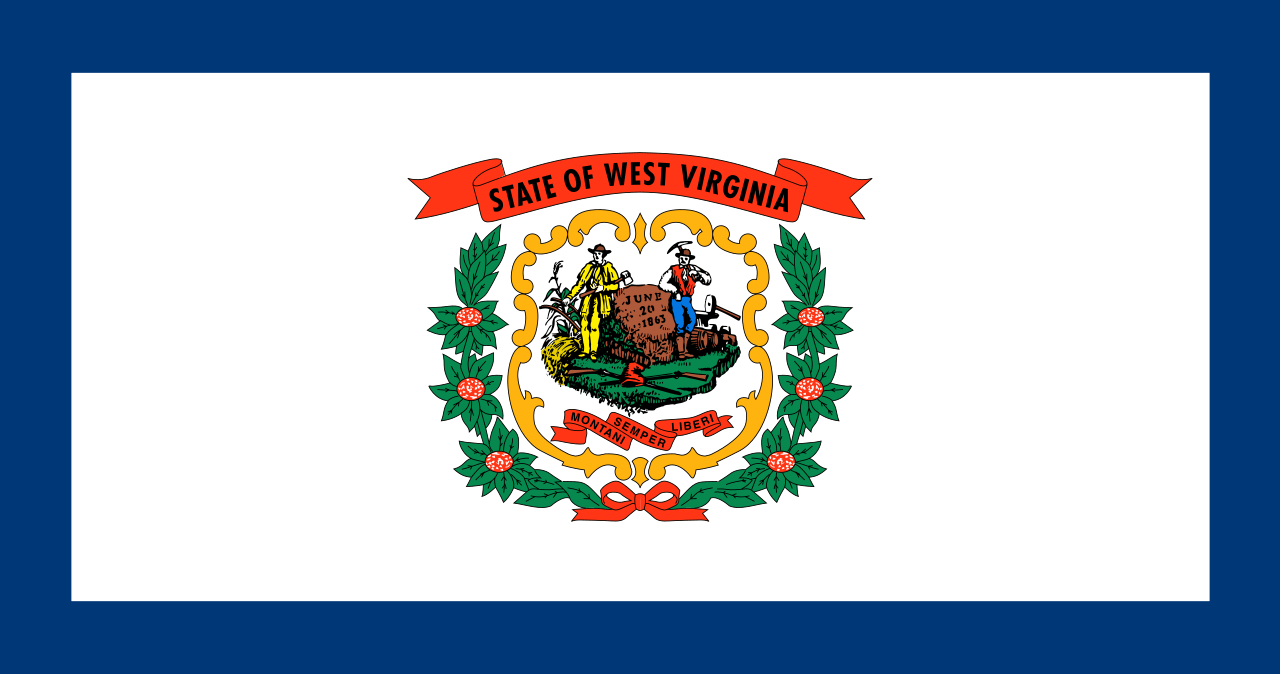 WV is a gambling-friendly state that is home to five different casinos and racetracks. If you are looking to enjoy the thrills of WV horse betting, yo...

If you’re looking for Mississippi horse racing whether in-person or online, you’re going to want to get caught up! We have all the information you... 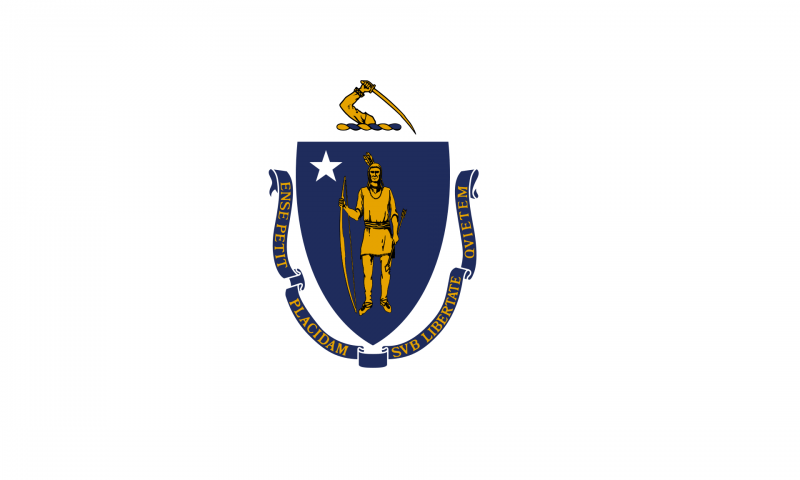 As one of the sports with an old and long tradition, horse racing is an essential part of betting nowadays. What’s more, online horse betting Massac...

The Kansas City beat San Francisco to win the Super Bowl! A tight game lead to a very exciting game from a sports bettor's perspective. Looking to ...

Horse racing is a sport enjoyed for many years. With the launch of online betting, fans of racing will find the best horse racing betting sites in th...

Virginia has legal online horse racing, with live thoroughbreds and harness races returning in 2019. Bet at the track or with one of three state-promo...

Watching the Breeders Cup live is one of the most exciting experiences. Fans from all over the world come together every year to watch the biggest ho...