The neverending need and desire to push the limits is a recurring theme with online poker and poker players. Some of the most talented players have declared bankruptcy during their time at the top.

Below are five poker legends that won and then lost it all! Learn from the mistakes of poker players who went broke when trying online poker strategies. And make sure to avoid these 5 rookie mistakes. 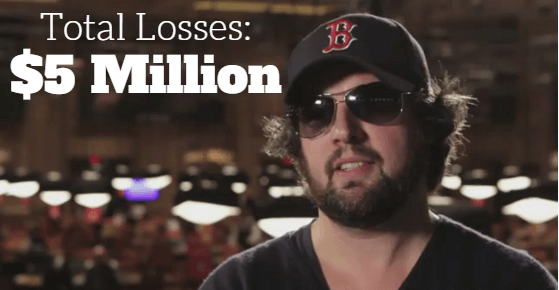 The Canadian poker player was one of the most successful cash game players in recent times. However, during the Ultimate Bet Cheating Scandal of 2007, Booth’s fortune took a nasty cut after spending so much time using the online poker room.

It is thought that Booth lost upward of $2 million due to the cheating scandal and another $3 million or more playing poker-for-cash from 2008 until today.

Don’t swing for the fences and aim to make it big like these people (were). Instead, start small with a Party Poker bonus code and work you way up slowly. 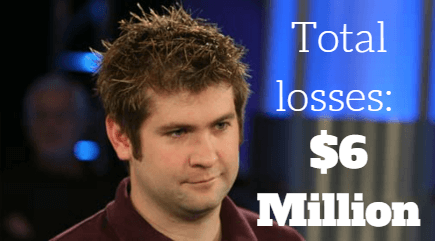 Griffin holds the record as the youngest person ever to win a World Series of Poker title after winning the Pot Limit Texas hold’em event in 2004. Griffin is most known for his incredible run during 2010/11 which saw him become the first player to win poker’s holy grail, the Triple Crown.

However, not everything has been smooth sailing for the youngster due to his battle with a gambling addiction, which he talks about openly. After losing a great deal of money in 2011 Griffin has drooped down in limits “to fix his game and rebuild”. 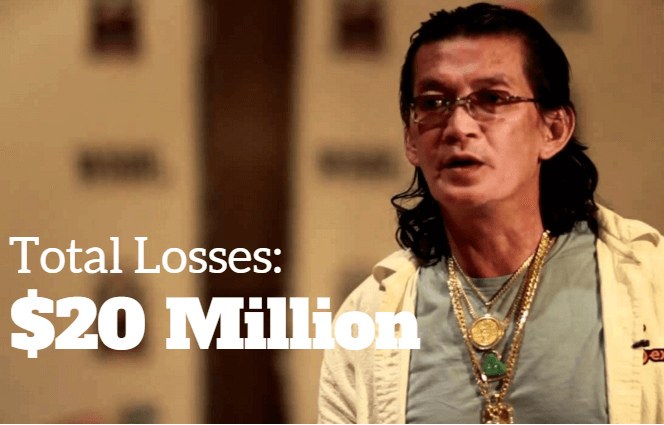 Five-time WSOP bracelet winner Scotty Nguyen started his career at the dealer’s side of the poker table. Nguyen began winning huge amounts of money, much more than he knew what to do with. Finally, a bad losing streak and too much drinking finally cost him everything.

According to his personal website, “He has lost and amassed his bankroll numerous times in poker, yet he’s always overcome it. 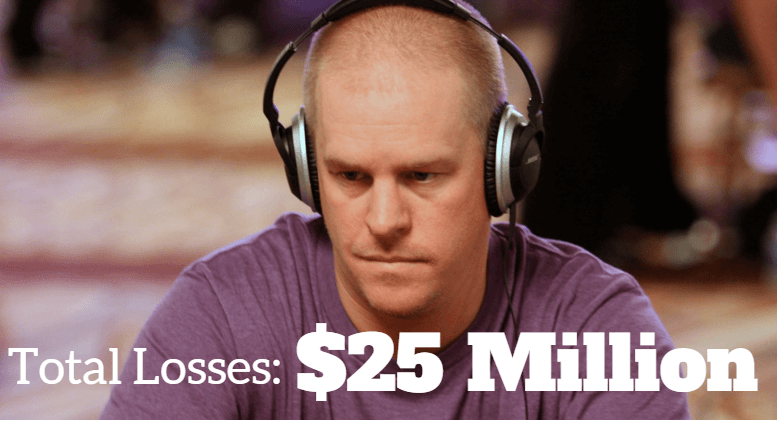 Four years ago, Erick Lindgren was one of the top players of the poker world. Coming off his first World Series of Poker Player of the Year award in 2008, Lindgren was cashing in on huge sums of money at the poker tables, and earning even more as an owner and sponsored professional of Full Tilt Poker.

However, recently Lindgren was forced to file for chapter 7 bankruptcy. Unfortunately, he racked up debts of over $10 million. This is sadly due to his gambling addiction. Likewise, he had numerous financial issues with Full Tilt Poker.

Stu Ungar is often regarded as the player who had so much potential. Unfortunately, he’s also considered to have not lived up to it. With a genius IQ and a photographic memory,  he should have made it big.

However, his competitive and thrill-seeking nature always pushed his life to the brink. It was what made him unstoppable at the poker tables, but it was also his downfall away from the game.