Did you know that many of the most popular Hollywood movies are based on real-life events? From Ocean’s Eleven to 2008’s 21, many screenwriters look to modern-day casino heists for inspiration. However, unlike the movies, many crooks do not manage to get away so easily or afford elaborate spy gear.

That said, they do share one thing in common: a brazen, daring, and fearless attitude. That’s what makes the greatest casino heists so memorable. Of course, the idea of robbing one of the big Vegas casinos or New Jersey Casinos in Atlantic City is a thrilling thought.

Casino Heists in the USA & Around the World

The US is world-renowned for its casinos and gambling strips so it’s no surprise that some of the most creative and brazen heists have occurred in the States.

First up, we’ll go through the biggest US casino heists, then tackle a few from around the world.

Bill Brennan was a cashier at the Stardust Hotel and Casino in Las Vegas in 1992 when he decided to pull off one of the greatest casino robberies of all time.

He had been a long term employee of the casino which meant that nobody took notice when one day he walked out the front with a bag containing $500,000 worth of stolen cash and chips.

Without a doubt, this is one of the most elegant robberies of all time thanks to its simplicity. 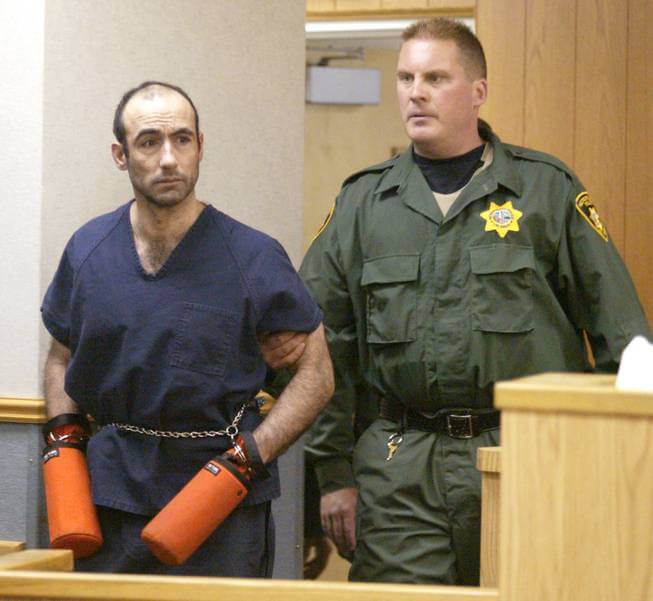 Two of the men jumped over the cashier cage counter and stole about $160,000 in cash and casino chips, while the third stood as lookout.

It might have been the perfect crime except that Vigoa managed to get caught on video without his mask and was already a known bank robber.

The three men were sentenced to prison and ordered to pay more than $150,000 in restitution.

The robbery prompted MGM Resorts to install bars around each of its Strip cashier cages.

This classic heist story inspired the story behind Ocean’s Eleven 3.

Did you know many of these casino robberies inspired some of the greatest casino movies? Find a list of some of the best movies in the genre here. 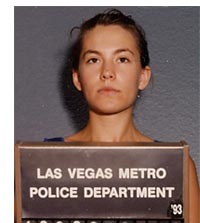 Heather Tallchief was a driver for Loomis Armor Inc. One day while the car was transferring money to the Circus Circus casino in Las Vegas, Tallchief decided to drive off with the money instead.

The armored car had $2.5 million inside which disappeared just like Ms. Tallchief.

Finally, after 12 years on the run, she turned herself in and is currently serving 5 years in jail after blaming her manipulative boyfriend, Roberto Solis, for the planning of the job.

Solis took all the money and left Tallchief shortly after fleeing to the Netherlands and has never been caught.

She is one of the few women to have appeared on the F.B.I. Most Wanted List. 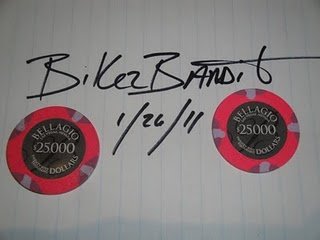 In December 2010, Anthony Carleo walked into the Bellagio in Las Vegas, wearing a motorcycle helmet and left with $1.5 million worth of chips.

However, as casinos have tracking devices on the chips, he could not cash them in. Instead, he tried to sell the chips online and stupidly bragged about the robbery to his friends.

His downfall came when he emailed a photo of two $25,000 Bellagio chips on top of a note signed “Biker Bandit” to a potential buyer, which was in fact an undercover cop.

Carleo was sentenced to serve between 9 to 27 years in prison for the Bellagio robbery and an earlier heist he committed at the Suncoast Casino.

Check out the security footage from the robbery below!

The MIT Blackjack Team pulled off one of the most successful card-counting heists in history.

The group of math geniuses used advanced card counting techniques and technical strategies to beat casino blackjack dealers all around the world.

The team played for over two decades and raked in millions of dollars in winnings, the exact amount is still unknown.

The story inspired many books and movies and other teams of intellects to try their hand at blackjack. 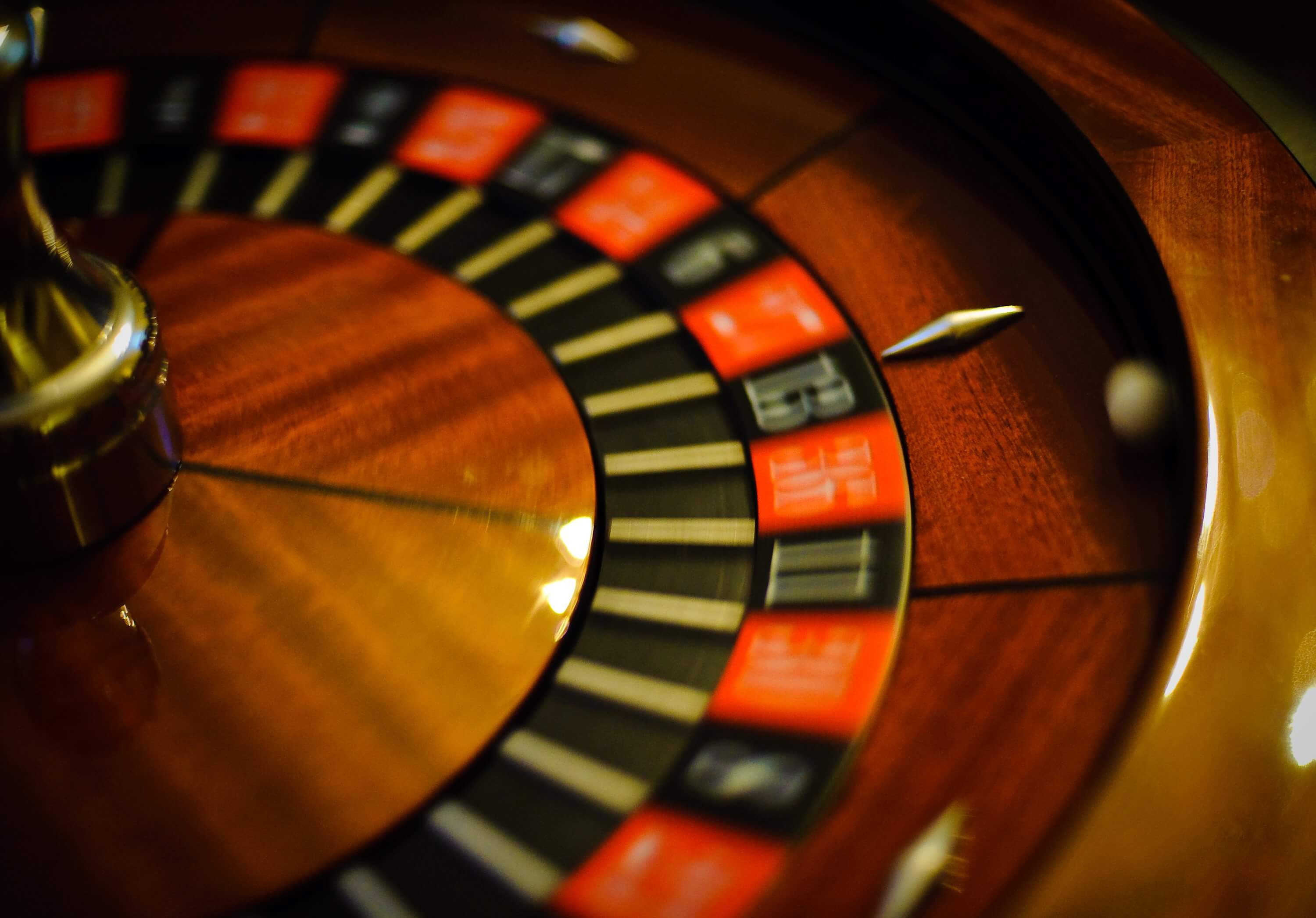 This is probably one of the most hi-tech robberies for its time.

In the 1970s, two physics students developed a small electronic device that interfered with the roulette wheel. The device fit into the students’ shoes and could read the movement of the wheel.

One student would play while the other would wear the shoe and communicate the information through a series of small shocks.

The two continued the hoax for some months but were eventually caught and charged.

Now, let’s see some casino heists from around the world. Naturally, London has had its fair share of casino capers. Below are two of the most memorable robberies at London casinos.

Lasers at the Ritz Casino 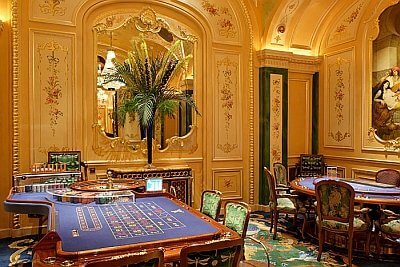 In 2004, a group of three people armed with nothing more than lasers entered the Ritz Casino in London and made off with £1.2 million at the roulette table.

The team used the lasers to estimate the speed of the roulette wheel and then figure out the most likely numbers for the ball to land.

Probably the most interesting part of roulette scheme was that when the team was caught the judge ruled in their favor and they were allowed go free £1.2 million richer!

Another casino heist in London involved some spy equipment.

Three Londoners hit up six casinos and made at least £200,000 by using a miniature camera. The camera was placed up the sleeve of one of the crooks film the cards as they were dealt and then the film was transferred to the others in a van outside.

The film was watched in slow motion to determine who had what card, and then the information was delivered by tiny earpiece to the player inside the casino, who used the information to win the money.

However, unlike the laser scam above these men were caught and charged.

Despite tightened security procedures today, it is still possible to hold up even the most famous casinos. That said, we absolutely don’t advise it! The robberies below are two of the greatest casino heists of recent times.

In late 2013, 15 men were arrested after they tried to rob Emperors Palace Casino in Johannesburg. In fact,  the police were tipped off about the armed robbery from someone inside the casino.

It is unknown how much money the crooks tried to take. However, the incident resulted in a huge shoot-out between the police and the robbers inside.

Check out the footage from the heist below!

One of the largest casino heists in history occurred in early 2014. The Crown hotel and casino surveillance system were infiltrated in an “Ocean’s Eleven” style heist, which resulted in the crooks leaving with $32 million.

The thief collaborated with a well-known overseas gambler. He played a VIP card game while his accomplice fed him tips on how and when to bet. In this way, the gambler left with an astonishing $32 million after just eight hands.

Casino officials suspected something was wrong. They discovered the crime and the high roller received a lifetime ban from the casino. Naturally, he also had to return the money.

The Kansas City beat San Francisco to win the Super Bowl! A tight game lead to a very exciting game from a sports bettor's perspective. Looking to ...

On Bet O'clock, we've done the research of the US online casinos and the American gambling industry as a whole. From this guide, you will learn ho...

In 2010, ComeOn Sportsbook entered the sports betting industry in Sweden. It is a large and trusted operator, which has a business in a range of juris...

Casinos offer a variety of games to entice everyone from those dreaming of a jackpot to people simply enjoying a night out. Whether you’re a beg...