Fan of the Washington Lottery? Get their great app which provides you with useful info on a variety of lottery games. This app is a great way to always have access to game results and it also provides you with a way to check your WA state lotto tickets on your mobile device.

The Washington Lottery provides many chances to purchase lotto tickets for some of the highest paying games being played. Washington state is not yet supported by Jackpocket but if it ever is, you can play the Jackpocket app to get iLottery tickets in Washington. Are you the next big winner?

Check your numbers online or through the WA Lottery app to see if you can claim a cash prize.

The WA Lottery began thirty-seven years ago in 1982. That was the year that the bill creating the lottery passed both the house and senate in the state. This made Washington only the sixteenth state in the United States to create a lottery. Four months later, on November 15th, 1982, the lottery officially launched in the state. 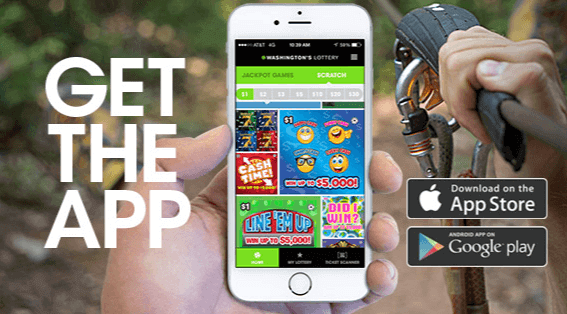 The first lottery game in the state was a one-dollar Washington Lottery scratch tickets game called Pot o’ Gold Instant Lottery. In January 1984, The Daily Game began in the state. And then, six months after that, in July 1984, the WA state lotto began with a weekly drawing on Saturdays. Next, in November 1987, a second drawing for the WA state Lotto was added to the week for the state lotto, on Wednesdays.

With the exciting Washington Lottery, you will have the ability to purchase tickets for some of the highest paying jackpot games in the entire country. You will find you can enter exciting drawings for the Washington Powerball, Hit5, Lotto, Daily Game, Daily Keno, Match4, and the Washington Mega Millions. All of these can offer huge payouts, similarly to the Michigan Lottery Powerball and Megamillions.  The Daily Games offer the smallest rewards wit a top payout of $500. If you are looking to score some life-altering lottery wins, you will want to purchase your tickets for the Washington Powerball and Washington Mega Millions, both of which can provide the chance to win millions in rewards.

The Powerball games are drawn every Wednesday and Saturday and the Mega Millions game will be played on Tuesdays and Fridays. While you may be drawn to the larger paying lottery games, you should also be aware that these games do not have the best odds. Powerball has odds of 1 in 31.85 for any prize amount, but the chances of winning the actual jackpot are up at 1 in 175,000,000. Mega Millions also has high odds, with any prize having a 1 in 40 chance and the jackpot at the same odds as Powerball. The reason for these odds is because these two games are played in many states across the US, so with more people playing, the odds of winning become less favorable.

In addition to the amazing WA state lotto games for jackpot payouts, you will also be able to enjoy a wide array of Washington Lottery scratch tickets. These games can be played for various costs that range from just $1 all the way to $30 per game. Some of the highest paying games can offer millions in cash prizes and you will enjoy titles like Massive Money Match, Black Ice, and The Game of Life. Some other popular scratch cards include lower-paying games like Flamingo Cash, Slingo, Red Ball Tripler, and Pineapple Payout. Black Ice and 30x Cash are the most expensive scratch cards that can be purchased and they each offer three grand prize rewards. Both cards offer the chance to win $80,000per year for 25 years. The next highest paying scratch game is Money Money Money, where you can win $40,000 per year for 25 years. 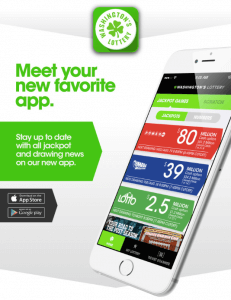 With these great Washington Lottery scratch cards, you can enjoy some massive payouts from a simple lottery game. In regards to odds, scratch tickets provide you with the best chances to win a cash payout. You can expect the overall odds to be around 1 in 4. So, these lottery games may be a better choice if you are looking for a higher chance to collect returns.

The WA Lottery has gone through its fair share of games over the years. While Washington Powerball and Washington Mega Millions are currently popular now, that wasn’t always the case. So, here’s a look at a couple of the games that used to be popular, but have since been retired.

Quinto, a game where you had to match 5 of 52 cards, is no longer active in Washington. And, it used to have its own add-on game called Beat the State. Quinto ran from 1990 to March 2007, about seventeen years.

You may be wondering where the proceeds from the Washington Lottery games actually go. All proceeds are used to benefit the Washington Opportunity Pathways Account. This account supports a variety of programs in the state, including the State Need Grant. Remaining lottery money then goes to the Education Legacy Trust Account, Problem Gambling Account, Stadium, and Exhibition Center, and the Economic Development Reserve Account.

Most of the money generated through lottery sales is returned through winnings. Last year, there was over $457.9 million won on lottery games. This accounted for over 62% of proceeds. The WOPA Education Fund received 18.3%, collecting $134.2 million. Likewise, the Stadium and Exhibition Center received $12.6 million, around 1.7% of the generated proceeds.

You can also set the app to get any winning numbers from jackpot games sent directly to your phone. Plus, if you are a fan of scratch tickets, get updates on new games! Also, find out about large winners and what top prizes can be claimed. The Washington Lottery app is free to download. Easily find the link on the Washington Lottery website. Likewise, you can download the app from the Google Play Store or the App Store for iOS. As mentioned, you will not be able to play or purchase any real money lottery tickets using the app.

Online gambling remains illegal in the state of Washington. So, the only way to obtain tickets for lottery games and scratch cards is to visit a retailer. 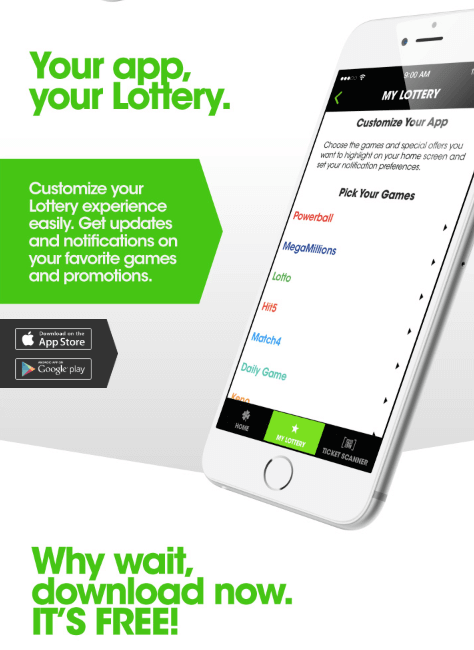 The app is best used for checking WA lottery results and staying up to date on new games, recent jackpot winners, and announcements of special promotional events.

The proceeds from the WA Lottery go to benefit multiple programs in the state. This is through the Washington Opportunity Pathways Account. The programs that the lottery fund goes to help benefit the state. These include educational programs, economic programs, as well as gambling addiction programs. Last year, the Washington Opportunity Pathways Account’s Educational Program took 18.3% of the proceeds from the lottery. The Stadium and Exhibition Center fund took 1.7% of the proceeds. And, 62% of the proceeds went back to the lottery customers in the form of winnings.

As the app gains traction, it is only expected to add features. So, you can expect new portions of the WA app for the lottery to come in the future. Features like a budget calculator have been welcomed by residents in other states with their own apps. But, for now, the new app seems to be exactly what Washington residents need. The new app should make playing the lottery even more fun. And, hopefully, benefit Washington residents in the end.

Online sportsbooks have bonuses for new customers. They give a…

The US online sports betting scene is growing at an…

Odds Converter: Use this tool to easily convert betting odds

Being able to use an odds converter can be crucial…

Knowing how to calculate bets can be a useful skill…