While it’s a few years away, make sure you’re ready in 2023 to bet on the Women’s World Cup. Below, check out the results from the 2019 World Cup, where the Team USA took the gold for the second time in a row.

Congratulations to the American Women’s Soccer Team for winning the World Cup in 2019!

What will the Women’s World Cup 2023 betting market have in store? It’s much too early to tell, but you can read about what happened in 2019.

The finals consisted of USA (odds +250) and the Netherlands (odds +1100) with the USA as the World Cup winners.

Use our betting odds calculator to figure out what you would have won if you wagered on either team.

2011 winners, Japan, are also expected to make an impact this year and should be considered a top pick for long-shot bettors. As usual, the US team will go in with the best odds to lift the trophy at around +250.

To learn more about how to bet on Women’s World Cup and the USA World Cup win read our soccer betting preview of the tournament below.

The following soccer teams are the top moneyline picks to bet on Women’s World Cup 2019 at the moment:

*All lines from SugarHouse in NJ

Bet on USA World Cup victory at the moment and get odds of +250. This means that a wager of $100 will net you another $250 for a total of $350. While these odds may seem extremely high considering the team’s history in the tournament, you must consider the increase in the number of top contending teams, each of which has an opportunity to upset the heavy favorites.

Entering the tournament the US team was on a 10 game hot streak after taking a tough loss to the French team and was able to continue their form in their opening match with a prodigious 13-0 win over Thailand. With Alex Morgan grabbing a hat trick in the game, the team’s offensive power looks to be in full flow and should be considered to be the main driving force to a winning bet on USA World Cup this year. Expect similar high scoring tallies from the US in future rounds against lesser teams as well.

The real test for the US Soccer Team is expected to occur after the group stages when they could potentially meet Spain and France in the following rounds for a couple of tough matches.

The French team enters the tournament hot on the heels of the US Soccer team, giving the Americans their only loss in the past 11 games. While their success has been limited in the past, the fact that they are playing at home should only increase their chances with the home field advantage. The current odds are +275 on France, giving you the opportunity to win $275 on a hundred dollar bet. Check out the latest odds at BetMGM and BetRivers.

So far the French Soccer Team has been able to top the South Korean Team in its opening match 4-0 which was the team’s 6th win on the trot. The streak continued after another streak of 8 games which has the Blues winning 14 of their last 15, only dropping a game to the Germans in the past year.

If you’re looking for a solid bet on Women’s World Cup 2019, the French Team offers a great pick considering the form of the team entering the tournament and the home crowd behind their players. However given the history of big games and pressure situations, a bet on USA World Cup victory may be a sound option considering there’s only a $25 difference in winnings for a $100 bet.

As a bet on Women’s World Cup, the English Soccer Team is one of the best options. Not only is the England Team extremely strong this year but the odds on them are +700, making for a whopping $600 win for a $100 bet. While a bet on USA World Cup 2019 victory may be a much higher probability of occurring, the huge odds on the English Team can be very enticing considering the recent form of the team.

The tourney began with a hard-fought 2-1 win over a strong Scottish Soccer team in 2019 and is expected to not get much easier with Japan and Argentina in their Group. While England should make it through the next stages could see the team up against the odds with the French, German and US teams lying in wait.

Part of making a good bet on Women’s World Cup is the ability to predict the winners of the group stages.*

By predicting the winners, you may figure out the likely bracket for the later stages and ultimately which top teams will be facing off in the Quarters and Semis.

The following teams are expected to make it through the Group Stages:

*All lines from SugarHouse in NJ

France is a big favorite in Group A with odds of -1000 with the next closest team, Norway, getting odds of +450. Nigeria and Korea are both very heavy underdogs getting lines of +2500 and +4000 respectively. A bet on Women’s World Cup for group A won’t offer much in terms of payout for betting on favorites France, so you might want to bet on individual matchups or skip the Group altogether.

In Group C Brazil are the favorites with -125 odds with Italy not too far behind with odds of +150 on the group lines. Having each winning their opening the match it’s likely that the winner of the match between the two teams will end up the winner of the group as well. Australia and Jamaica opened with a loss in each of their first matches and have odds which resemble the fact with +500 for Australia and +300 for Jamaica.

A bet on Women’s World Cup for Group D will have to go through heavy favorites England. At -455 odds you can expect the British team to take the group quite easily. Likewise, Japan is a contender at +300 odds. Meanwhile, Argentina and Jamaica are massive long shots at +3000 and +8000 odds lines. Expect the Group to be decided by the match between Japan and England.

A bet on USA World Cup Group F victory will net you odds of -835 at the moment. This is the lowest of all groups. Granted, the odds for a bet on USA World Cup winning in Group F are quite low. So, there may not be much to gain from betting on the favorites. On the other hand, tan upset from any of the other three teams will net you some big wins. The underdog odds are +450, +100000, and +500000 for Sweden, Chile, and Thailand respectively.

The World Cup 2015 was won by the US Soccer Team for the third time, cementing them as the most dominant team in women’s football. That year, USA played Japan in the finals, winning with a score of 5-2. Group stage winners included: France, Brazil, USA, Japan, Germany, and Canada.

Use the info above to bet on both the Group Stage and the Outright Winner of the Women’s World Cup. As strong favorites, the US is likely to win. However, with top teams such as France and Germany also in great form, expect the tournament to be one of the best competitions in the history of women’s football. 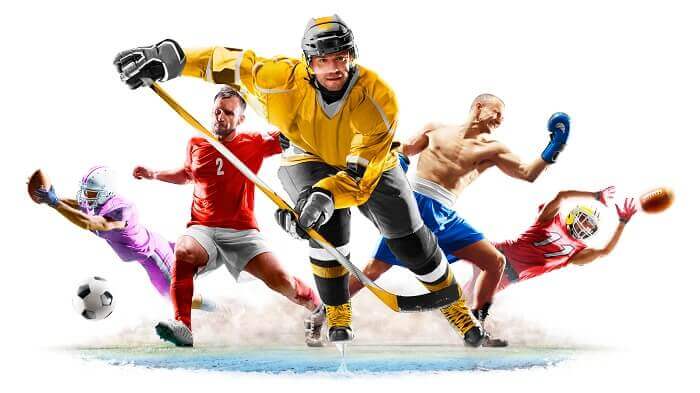 Unfortunately, MaximBet Sportsbook is no longer operational. Feel free to… 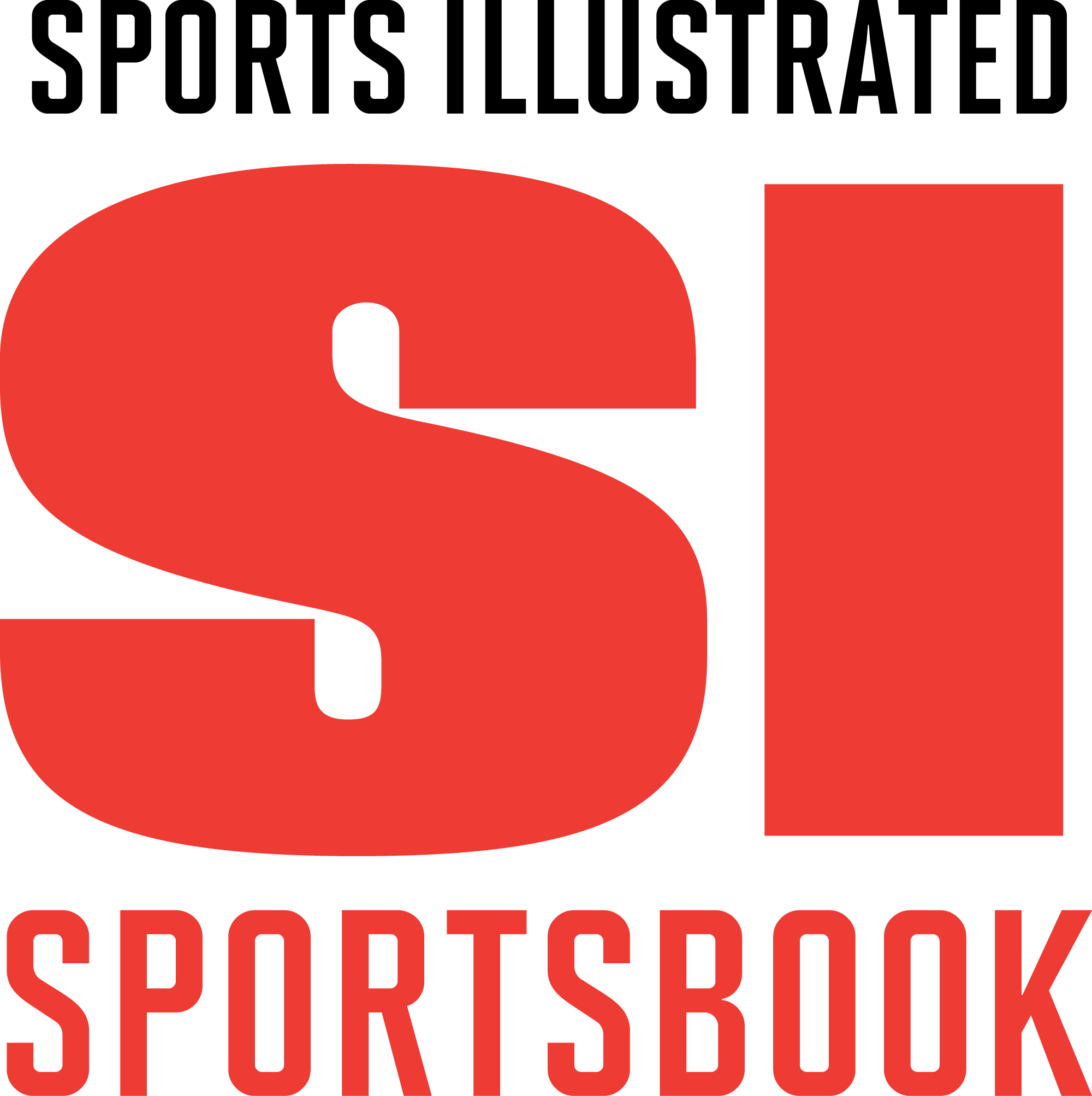 After years of sports coverage and entertaining news, Sports Illustrated…

Use the Betway Promo Code above in NJ & PA…

Sign up using the DRF Sportsbook Promo Code and earn… 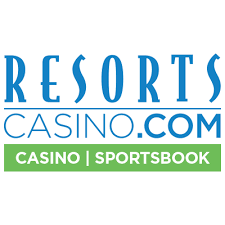 The Resorts Casino Bonus Code is "100FREE" for up to… 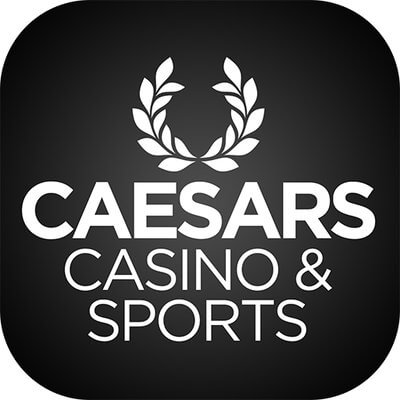 Get your Caesars Bonus Code! In New York get an… 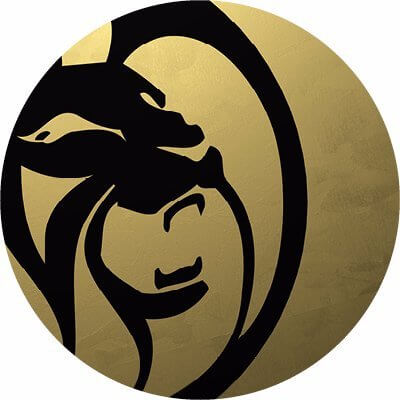 Get the BetMGM Sign up Bonus using Code "MAXBONUS1000" for… 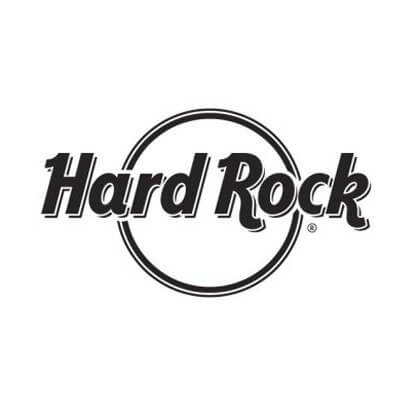 NJ players can earn a 100% match on their first…

Players in New Jersey & Colorado now have a chance… 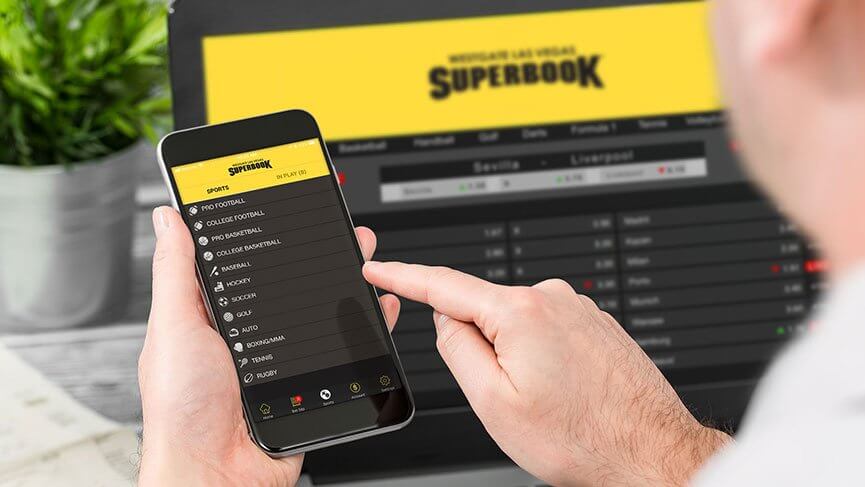 If you are interested in the SuperBook promo code and… 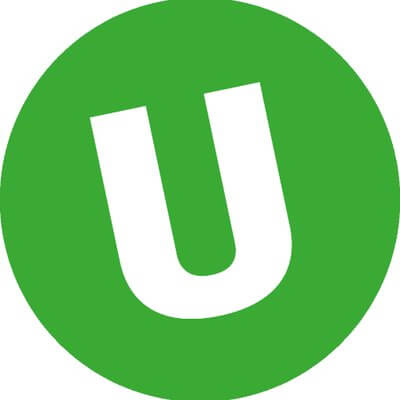 Get a 100% match on your first deposit at the casino!…

Reveal the Betrivers Affiliate code above, to get the 2nd… 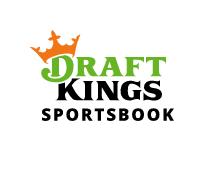 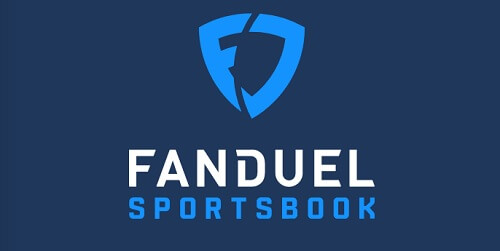 FanDuel Sportsbook offers a No Sweat First Bet up to… 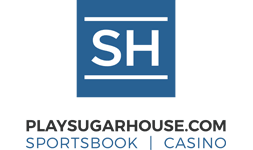 SugarHouse has officially rebranded to BetRivers in both New Jersey… 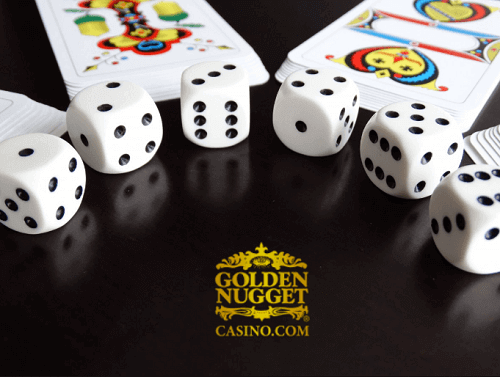 Sign up with the Golden Nugget Casino bonus code in… 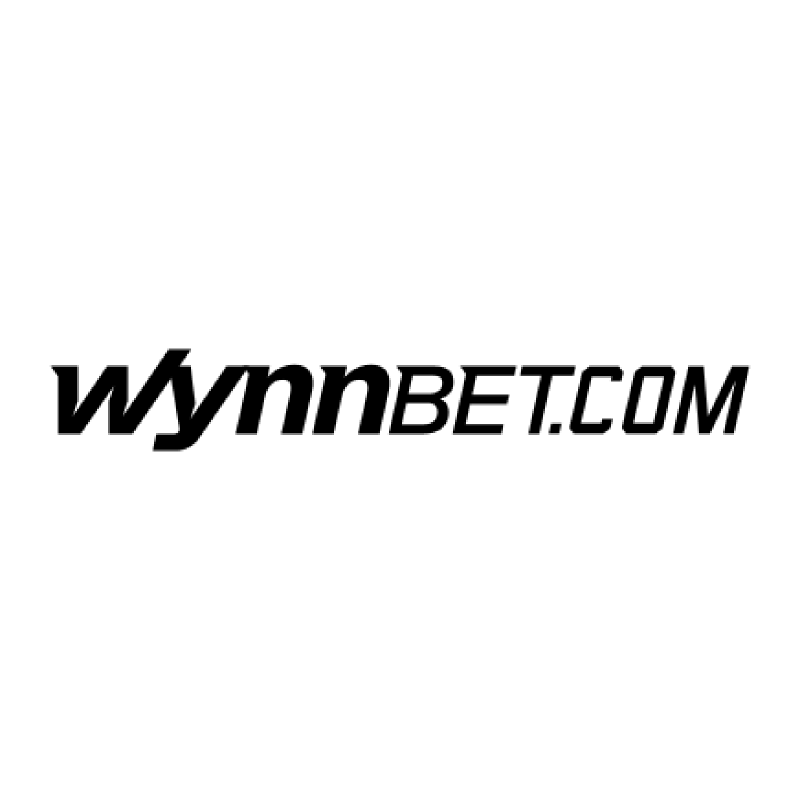 Now that WynnBET is live you need to learn about the…

With the PointsBet promo code MAXSPORTMD, new players can get… 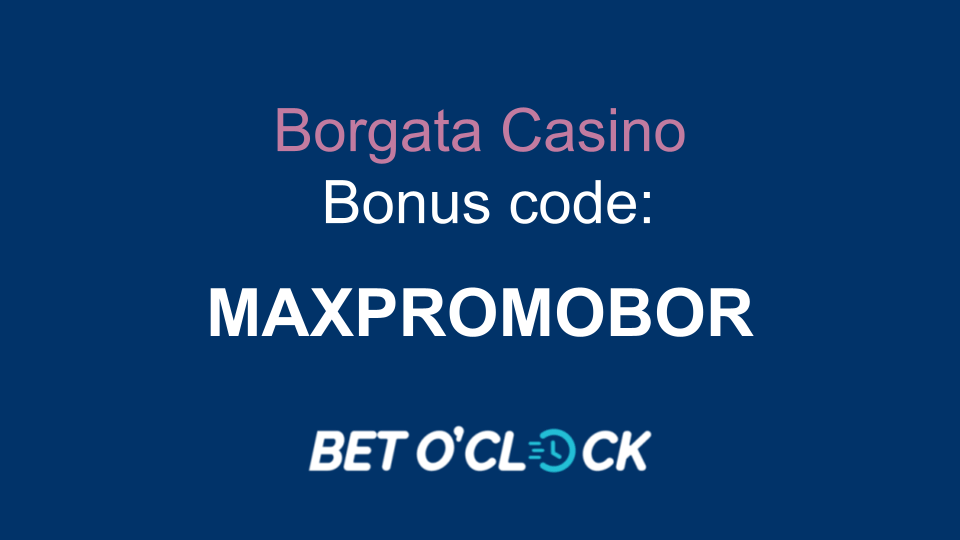 If you are in New Jersey or Pennsylvania, copy the…

Claim the Fox Bet Promo code to get up to…

As the legal gambling market continues to expand in the…

Online casinos have a ton of bonuses to choose from!…

As you might expect, all NJ online casinos were not…

Casinos offer a variety of games to entice everyone from…